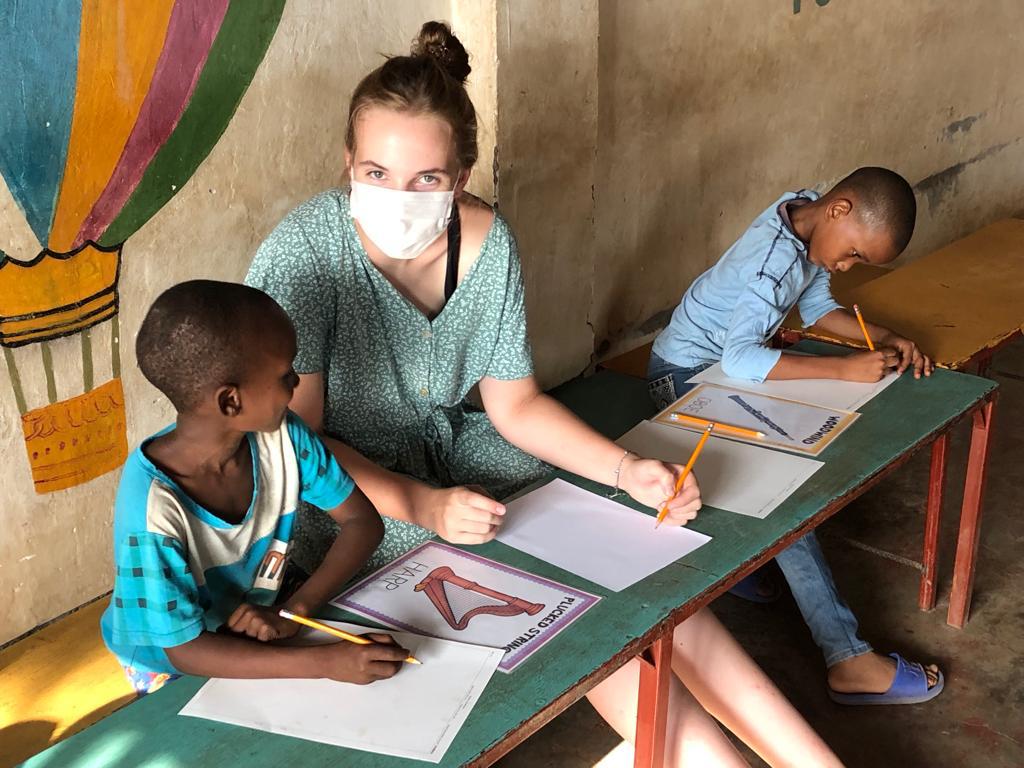 I knew for a long time that I wanted to do volunteering after I graduated from High School, and I knew that I wanted to leave my familiar environment to visit an entirely different part of the world.
That I came across Born To Learn was more of a coincidence than anything else – I was too young for all the other global volunteering programs and had actually given up my plans of leaving Europe and was thinking about other options to do a gap year within the EU, when I heard about Born To Learn via a family friend.

The first thing crossing my mind literally was “I’m just going to give it a shot, there’s actually nothing left to lose” and I was clicking myself through the website, collecting every piece of information about Tanzania I could find, whether it was from friends, former volunteers from BTL or my father, who travelled the region nearly fifteen years ago, which means that his impressions and therefore his advice were also about fifteen years behind – it was here that I found out that I did not have to make an international phone call from the post office anymore to tell my parents once a month that I’m still alive, and that instead I could just get normal internet.

Due to these different sources of information and my lack of experience travelling Tanzania or any other part of Africa ever before I had no clue what to expect from the country, the culture or the people I would meet here. I just knew that I had to be as open-minded as possible to turn this into a great experience that I could look back at as an adventure and a “breaking out thing” I did when I was 18. This is also what I would recommend to everybody who is considering doing volunteering, whether it might be at BTL or somewhere else in the world – be ready to look beyond your view onto the world, the experiences you have made in life so far and the values you grew up with – don’t abandon them, but be willing to add to them. I know that this sounds absolutely cheesy, but in a way, three months of volunteering have taught me more about life than 18 years before – it’s just living in an entirely different continent, country and culture, with different people who again have different views, hopes and expectations towards life.

Another thing that I would recommend to everybody who wants to do volunteering, especially in a country you have never been to before: PICK A DAY FLIGHT! I definitely underestimated arriving in Tanzania at ten in the night, not that it was bad, but arriving at daylight is so much more convenient – you can already have a look at everything, where you are going to sleep, eat and work, you can get to know the people you are going to live with, see the environment… . When you arrive by night, things don’t quite work the same – at least that’s what I found out, but maybe that is also due to my talent to have bad luck in these few, yet very important moments.

It began with me not being able to find our wonderful driver Aloyce, who was supposed to get me to BTL safely. After half an hour and approximately twenty offers from certainly very nice gentlemen to drive me to Moshi and me seriously considering having a sleepover at the airport, I decided to call Sam and ask her about Aloyce, if he was coming or if I just didn’t see him. Since I didn’t have a Tanzanian sim card at that point, I’m probably going to pay this call for 35 seconds off until I’m 30, but at least I knew after that that Aloyce was at the Airport, waiting for me. Finally, a security guard from the airport, whom I will forever be grateful for, recognized him and introduced us to one another. From that moment on, things got better for a bit: Aloyce called BTL so I could be sure to step inside the right car, took my bag for me and apologised for about twenty minutes straight, whereas I was just relieved to sit in the car that would bring me to my home for the upcoming three months.

That Aloyce was very contrite of me waiting at the airport was very clear even before he stopped the car and returned with two plates of food full of chicken, one for himself and one for me. This is the story of how I found myself at eleven in the night outside a car around Moshi, eating chicken because the gesture was just so sweet I didn’t have the heart to tell Aloyce that I was a vegetarian.
After that quick stop-by, we arrived at BTL forty minutes later, where nearly everybody was already sleeping because it was almost midnight, when I found that the three best coordinators in the world were waiting for me to welcome me and show me my room (I feel as if a have not emphasised that enough, seriously thank you so much for staying up for me guys!).

Also, never judge your volunteering experience after the first night, please! I found myself waking up about five times and not knowing how to tug in my mosquito net properly (plus having severe arachnophobia which didn’t particularly get better after discovering my room spider Brigitte). Additionally, I came from the German winter right into the Tanzanian summer, which also did not make sleeping easier in that situation, because there was about thirty degrees of temperature difference. To sum it up: The first night was not my best here, but things got better quickly. After taking money out of the ATM and getting my internet to tell my family that I made it to BTL, I no longer felt as if I had to fly home in the exact same week and my Tanzanian adventure could start (or continue). I still called Jorge to my room the second evening to check if the spider that went through it could possibly kill me, but since then, the encounters between me and spiders have passed by peacefully. I realised that I’m in the right place to contribute to the schoolwork and to actually make an impact just on the Sunday after I arrived, when everyone was helping to clean and paint the new multimedia room, because it had to be ready before the upcoming week started – on that day, I knew that my three months would be well spent at BTL and that I would always find somewhere to help out if I wanted.
And if this realisation wasn’t enough, meeting the children and the teachers on my first day of school immediately including and welcoming me, or Dafne, my roomie for two months a week after I came, or just the rare lazy afternoons with the other volunteers and the Sundays at Sam’s house with my first real Spanish Paella and Lentejas definitely made the decision of coming here one of the best I ever made for my life.

It is very strange to sit here the day before I fly back home, thinking about the first few days and how it all started. I honestly think that I am somehow a different person now, but at the same time this seems to be inevitable when you live for that long (although it doesn’t feel like it) in a place so different from what you’re used to. The teachers and the children, the coordinators and the other volunteers, the culture and the nature, everything has shaped my values and beliefs, influenced me in some way, made me think about their perspectives and views on life or has simply loosened me up and taken me out of my habits. I have met incredible people from all over the world and everybody had a different story to tell and from everybody, I learnt something else about life, which I am very grateful for, especially because I am just 18 and still have to learn a lot about life, although here, everybody will.

Before this gets too long, I would just like to thank each and everyone that made my stay here so varied, informative and simply wonderful, whether it might be Aloyce the gardener who always made sure that I practised the little bit of Swahili I know by now, especially counting from one to thirty and greeting people (“Mambo?” – “Poa!”) or our amazing Safari guide Simon who could answer every crazy question we had and his friend Amos who we all immediately fell in love with because of his fantastic cooking. Not to forget, the othervolunteers, workers and coordinators and of course, Sam, for building up this NGO where I could spend three months of my life that I am never ever going to forget – Asante sana et os quiero, Sally

PS: Since I thought this was supposed to be a “testament” instead of a “testimonial” the first time I heard somebody mention it (minor misunderstanding), I would like to use the opportunity of mentioning that I want to inherit my remaining 13 Covid-tests to BTL, whereas the remainder of my chocolate (3 bars of Cadbury milk to be exact) should go to Jorge, since he is the actual only one who shares my love for things that cause you diabetes and therefore the only one who will be able to appreciate this appropriately.

How the girl from the German countryside came to Tanzania 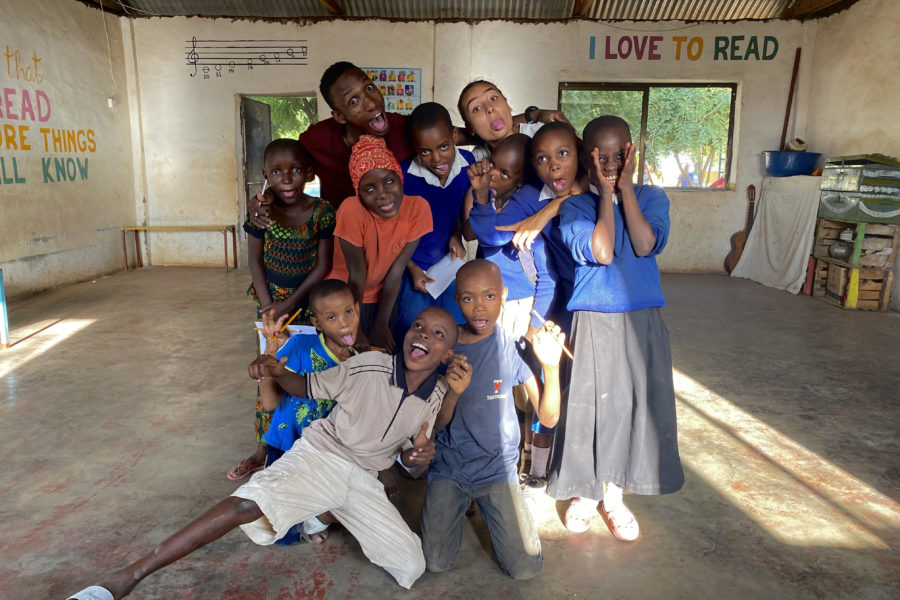 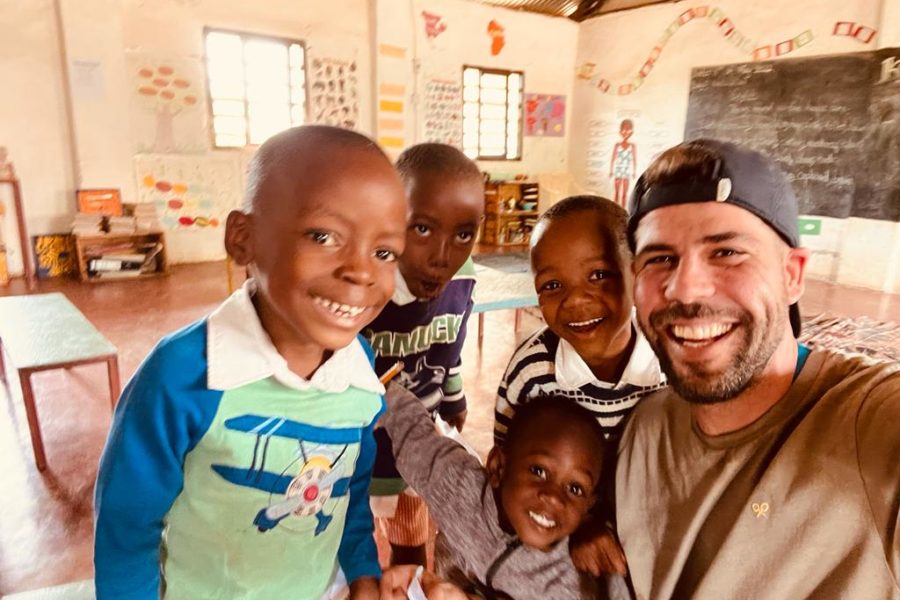 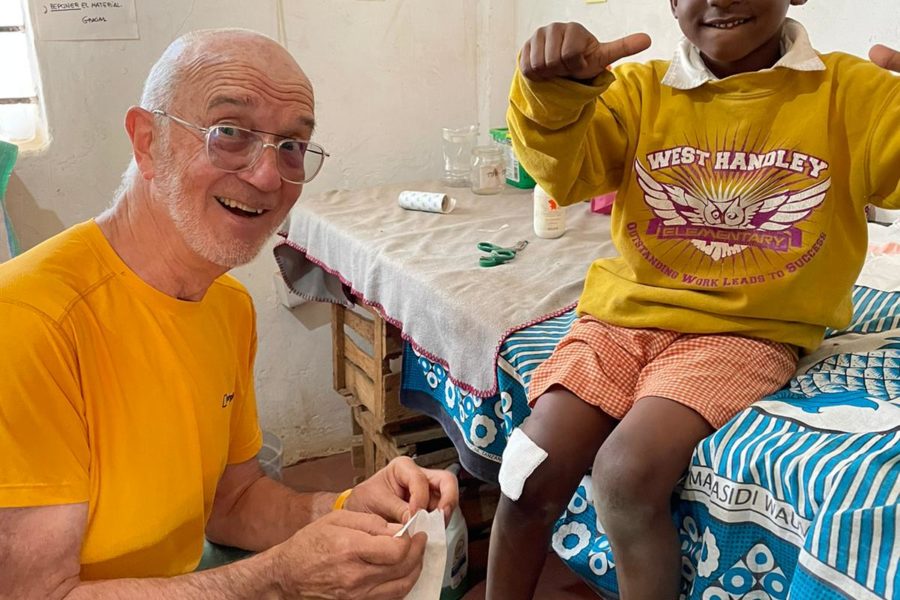